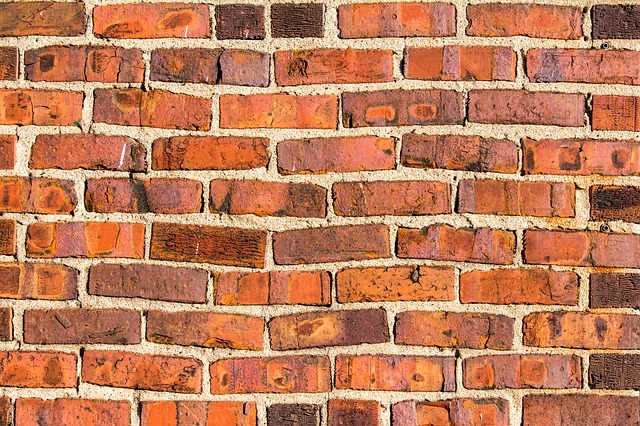 Brick and Mortar Repair
We know bricks are made to be tough, and are used in many areas of construction, but they’re not indestructible. This article will tell you what you should look out for when bricks are in need of repair.

Over time, bricks and blocks are likely to show signs of wear, especially with older properties, such as Georgian or Victorian homes. However, it can happen to properties only a few years old due to other structural issues.

We’re going to take a look at signs of, and reasons for, brick damage and what can be done.

How long does brick and mortar last?

It’s not just the brick that can suffer damage and erosion over time. Mortar is the binding part of brick work, and a wall is only as strong as its mortar. Although, it will deteriorate over time and it’s the job of mortar to take the erosion from weathering so the bricks don’t have to.

It’s more practical, and cheaper, to repair the mortar than the bricks, and this process of repointing is needed for any long-lasting brick building. Quality repointing of the mortar, and therefore the brickwork, should last 50 years or so.

When do you need brick repair?

As properties age, weathered brick can be an attractive feature, lending a look that shows a great deal of charm and character. It can take a talent to recognise the difference, as the appearance can either be fairly cosmetic, or give away deeper issues.

Brick damage can be the result of different reasons, some more severe than others. Aside from age and wear, it can be down to a new-build house settling, which is perfectly normal, or might even be the sign of water damage.

Signs of brick damage and wear

Along with our list below of the most common signs of damage, we’ve also provided tips for brick repair. These are only suggestions, and it’s still good to consult an expert in masonry for further help and advice.

What is spalling brickwork?

Brick deterioration can appear as though it’s crumbling, but can also appear to be flaking or peeling, chipped or cracking. When brick begins to break down in this way it’s known as spalling, which often leads to the outer facing part of the brick to fall off. As mentioned earlier, it’s possible that it’s purely a surface issue, but it’s advisable to have it checked anyway.

Spalling is most often due to moisture. Lime mortar allows moisture to escape between the brickwork, but if this is covered by cement pointing (known as strap or ribbon pointing), water tries to escape through the brick face. This tends to happen more with older, solid-walled properties that have been repointed without taking the soft lime mortar into consideration.

Older bricks that haven’t had the protective treatment of today’s facing bricks have a more porous surface. This allows water to be absorbed, and in cold weather there’s the danger of ice expanding within the brick, creating cracks.

Can crumbling bricks be repaired?

The first thing to address with spalling brickwork is how moisture is managed, and how it can leave the brickwork through the pointing and not the bricks themselves. There’s a temptation to use masonry sealants, but these can make the problem worse, stopping effective water drainage. Stripping back masonry paints, which have a non-porous coat, can help, and can be replaced with a limewash.

Look for other sources of water that might be affecting the brick. For example, there might be blocked drainage or pooling at the base of a wall that’s soaking into the brickwork. It’s possible that signs of this sort of damage could also indicate problems elsewhere, such as plumbing issues from cracked pipes. Flaking brick repairs need to be dealt with as quickly as possible if they’re a result of these problems.

Another area to look at is guttering, which if clogged or incorrectly fitted can flow directly onto exterior walls. Over time, this can be damaging. While some surface damage on old bricks isn’t necessarily cause for concern, cracking and crumbling brick often means replacement.

How do you repair spalling brick?

To make repairs to a wall with spalling brick, this will involve taking out the original brick and replacing it. This can be done in just a few steps:

When a brick wall is swelling this is again down to moisture, and is often a result of extreme temperatures. While moisture begins to permeate the mortar and there is a freeze then a thaw in quick succession, this can weaken the integrity of the wall, causing it to bow outward.

It is sometimes possible for the wall to be strengthened from an injection of grout. However, this type of defect has the potential to be dangerous, as bricks can come loose and fall during cold snaps, so replacement of whole sections of wall might be necessary. For this reason, it’s always best to have this kind of brick fault professionally inspected.

We hope you’ve found this guide useful. We’re on hand to help with all areas of construction. If you need to repair a wall, or are planning a new project, we have common bricks, facing bricks and mortar. You can also bookmark our Brick Calculator for quick reference when ordering the right number of bricks for the job!