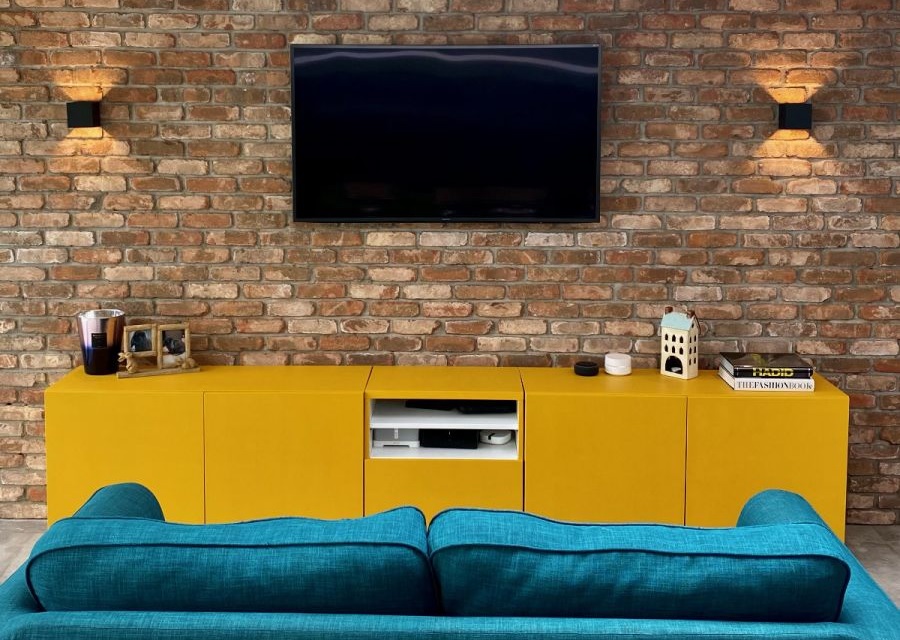 Brick Slips: an Introduction
There’s no denying the character that brickwork can bring to a home. This doesn’t just apply to external brick, but internal brickwork too.

What are Brick Slips?

Over the years, exposed brick has grown in popularity beyond homes like rustic dwellings and picturesque cottages. As buildings such as Victorian warehouses are converted into apartments, we’ve seen the trend for bricks rise and become part of the décor of many homes.

For those of us who look enviously at the sophistication that exposed brickwork brings, but don’t have such a feature in our own homes, there is a solution. Brick Slips provide an attractive way of having authentic interior brickwork without major renovations or the cost.

What is the difference between Brick Slips and brick tiles?

It’s possible to buy brick tiles for walls, which are tiles designed to give a brick effect. A brick pattern tile is often made of several brick shapes that fit together to create the illusion of a brick wall. While these give the illusion of looking like brick, there’s a level of realism that’s often missing. That’s where Brick Slips come in. Brick Slips are thin pieces of real brick, which are individually fixed to walls with adhesive. This gives greater depth, texture and authenticity when creating interior brick walls.

How thick is a Brick Slip?

Brick Slips are designed to have the look and feel of real brick. The height and width are standard to today’s average brick sizes, with a thickness (or depth) of 22mm. This creates enough of an illusion to create a brick wall potentially anywhere in the home.

How much do Brick Slips cost?

Our Brick Slips come in packs of 36, which covers an area of 0.6m squared, and average at around £30. So if you’re looking to cover a wall of 1.8m squared, the tiles may cost approximately £150. However, when considering the Brick Slip fitting cost, you will also need to purchase accessories such as Brick Slip adhesive, special pointing mortar and other Brick Slip accessories.

Where can you install Brick Slips?

You can install Brick Slips anywhere within reason. Each piece is individual, so they can be placed in different rooms to build an effective, characterful feature wall.

To give your home the look of real brick for added personality in design, you’ll find a wide choice of Brick Slips to suit your décor and personal taste. Explore the full range of Brick Slips and essential accessories, or you can order sample Brick Slips to find the perfect match. Whatever you need, we can help.