Bricks are an integral part of construction, with around 150 million bricks delivered (Statista: Monthly deliveries of bricks in Great Britain 2016-2019) by brick suppliers each month across the UK. Bricks and blocks are needed for building, repair, and remodelling, with particular bricks serving very specific purposes.

We’re going to take you through the different types of brick used for construction in the UK and their uses.

Where to start: engineering bricks and foundation blocks

We’re used to seeing brickwork that forms external walls for properties, and dividing walls for garden privacy for example, but there’s a lot more going on underneath the surface. Unlike the bricks we see from day to day, engineering bricks are functional, providing support for buildings and other structures.

What is an engineering brick?

Engineering bricks are made to withstand more extreme conditions, such as continual damp or freezing. This is why they’re often used in the construction of accessways, tunnels and sewers. They can be identified by their smooth finish and holes that run from the top through to the bottom.

These holes allow for mortar to be poured in, or for adding further reinforcement from steel bars. Perhaps more distinctively, they are available in blue or red; there’s a belief that this is due to identifying the class of brick, but this isn’t always the case.

What is the difference between Class A and Class B engineering bricks?

Where classing engineering bricks is concerned, there are clear definitions based on their tolerances – a brick’s ‘value’ is primarily based around compressive strength and water absorption.

Compressive strength is the ability to withstand greater load weights. Water absorption indicates a brick’s resistance to freezing; essentially, the less water it takes in, the more freeze resistant it is. 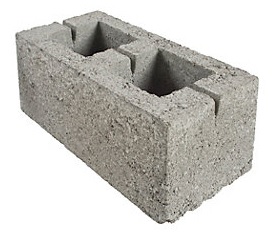 Concrete blocks are incredibly versatile, and can be used for anything from retaining walls to building security barriers. They are sturdy and simplify some building work by offering a tough, cost-effective solution to using bricks unnecessarily.

What is a foundation block?

As with engineering bricks, the benefits of foundation blocks come from their resistance to heavy loads and cold conditions, such as freezing and thawing. Unlike dense aggregate blocks they are also comparatively light – in fact they can be a third lighter than an aggregate block.

Foundation blocks are often used in buildings with multiple floors, and are particularly good for insulation. They reduce heat loss through lower to ground floors, making them both economically and environmentally practical.

Which bricks are good for house construction?

We’ve covered the tough blocks that can handle heavy weights and colder temperatures, but what about the more ‘every day’ variety of house brick? These tend to come in two types, common bricks and facing bricks.

Traditionally, common bricks were only made of clay and weren’t built to an exacting standard, which makes life a little difficult when brick matching. Things have changed for common bricks since then, as they are now produced to meet specific standards of sizing, compressive strength management and cold weather resistance.

Common concrete bricks are made by forming a cement and aggregate mix, which is pressed into molds before curing. Different colours can be added at this point, with the intention of making these appear as closely to clay – like traditional bricks – as possible.

The result is a uniform, functional brick that serves a purpose for construction. For most properties, however, this doesn’t take into account different tastes and styles. This is why facing bricks are produced. However, common bricks do play an important role, being a cheaper alternative to facing bricks. 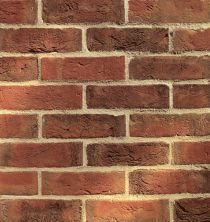 As common bricks are purely functional, facing bricks have the job of making walls - especially exterior walls for housing - more attractive. One of the most commonplace facing brick types is the wirecut or extruded brick. Often made from fired clay and mortar for reinforcement, and bonded with cement, sand and water. These are far more exacting in size and shape than older clay or soft mud bricks, and are produced in a selection of textures from rustic to contemporary.

As facing bricks have the job of looking good, they’re available in a variety of colours and styles, from blues, yellows and browns to the classic red brick. Aside from colour, textures also play a huge part in adding personality to a building project. This definitely becomes apparent when working on extensions and repairs.

Light texture and smooth bricks tend to reflect modern builds, with solid edges and glazed finishes – it’s details such as these that can raise the price point higher than common bricks. For more of an older building brick style, heavy textured bricks bring a more worn and weathered feel. For many repair or extension jobs on older properties, it’s important to look for reclaimed bricks that have stood the test of time naturally.

Order full pallets of bricks and blocks, and essential damp proof coursing and ventilation online. We’re here to help you with any construction job from below-ground and upwards!